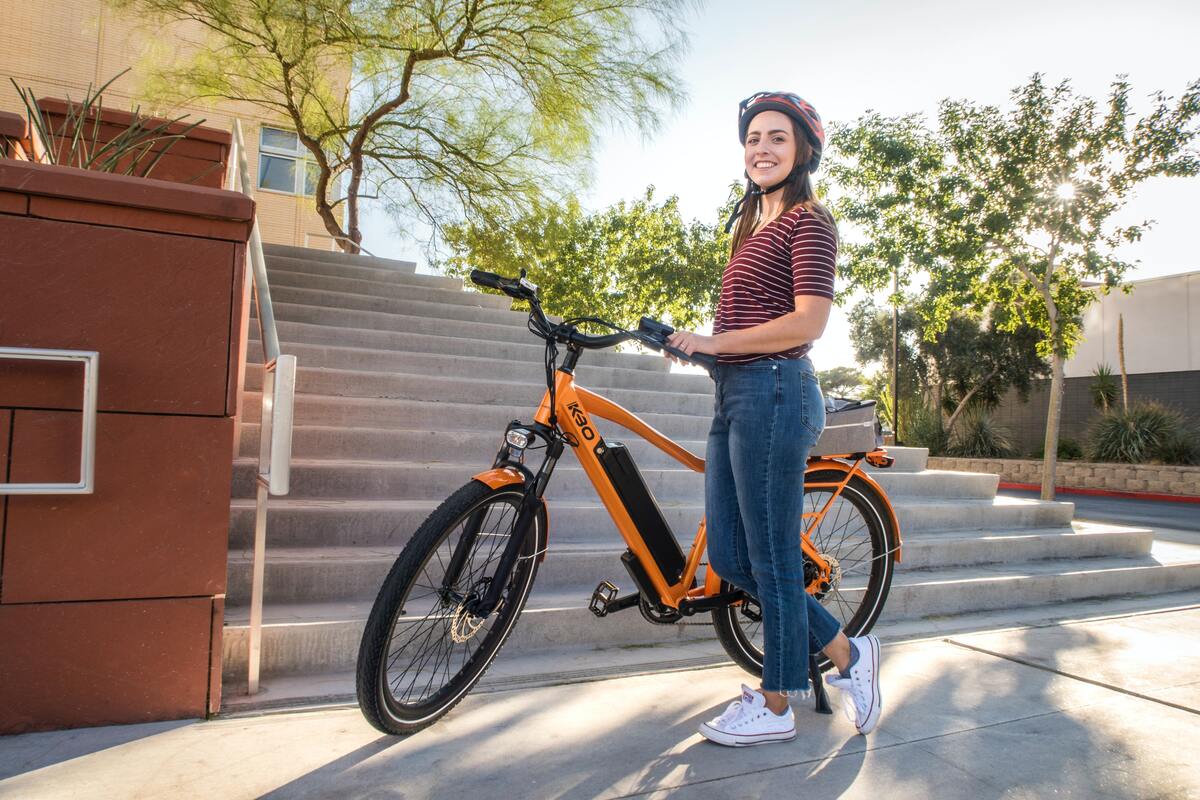 Frames are getting lighter and more sturdy, but the technology that drives and manages them is also becoming smarter. Motors, displays, batteries, and smartphone applications are all changing. In only a few years, the entire e-bike riding experience has evolved into something elegant and user-friendly.

This is primarily due to the drive systems, the majority of which are produced by a small number of firms. The name Bosch is not plastered on a top tube. However major manufacturers like Cannondale, Kona, Canyon, Raleigh, Peugeot and Trek rely on its components to run their e-bikes. Mountain bikes, hybrids, tourers and cargo bikes all employ Bosch batteries, computers, motors and displays.

It’s why Bosch’s new “smart system” is such a huge deal. The kit, which will be available in 2022, will feature a new high capacity battery, Kiox display, LED control unit and Flow app. It may very well be inside your next e-bike.

The smart system will initially include one battery, one remote control, and one drive unit. There will be many more components in future years. But the most significant changes for users will be the new eBike Flow app.

The settings, which you may use to modify the bike to your preference, are what are most essential for the rider. As a result, you may select several settings and combinations and tailor them to your own unique riding style.

You can, for example, select a support mode using the remote control on the handlebars. But if you go into the app, you can fine-tune the power settings to your preference. And that isn’t all.

Many bikers like keeping track of their activity. Normally, you must manually start activity tracking, but they have created a seamless connection. If you have connected the app to the system and begin pedaling, the tracking will begin without you having to press a button. And when you stop, your activity monitoring ends. You then have access to all of the information in the app and the cloud.

Upon release, this system will be compatible with Apple Health, and connectivity with more third-party applications should come soon after.

Another crucial feature is over-the-air upgrades, which allow you to get the newest software for your bike via the app.

Firmware upgrades are an important component of e-bike maintenance. They are typically performed at a professional bike shop or service facility.
Firmware updates ensure that any bugs in the system that the developers have discovered are removed and that all the components communicate effectively together.

Because you can handle those updates yourself, you’ll always get the most recent safety and performance upgrades directly from Bosch.

We all use cellphones and computers and we get software updates for all of our gadgets on a regular basis. H aving all of the software upgrades for the entire system is a natural progression.

When it comes to safety, Bosch is collaborating with government agencies to provide additional bicycle infrastructure, but it also has some technological solutions in the pipeline. In 2018, the firm introduced anti-lock brakes and it is continuing to adapt technology from automobiles and motorcycles.

It is essentially active safety and there will also be digital options, such as a connect-and-call service. If you have an accident the technology can help you by making a call to a monitoring agency.

Bosch also hopes to create a framework that will allow bikes to interact with automobiles and infrastructure. This will seek to give an early warning system so riders can be aware of what is going on around them.

This is still an idea for the time being. There’s nothing planned for next year’s Eurobike show or for the next two or three years but it’s vital that the industry is working on it with all the different partners in the chain.

It’s an exciting moment for electric bikes and they’re more popular than ever. In fact, they’re now so popular that you can buy one at Best Buy.
E-bikes have evolved throughout Europe and in other countries. In recent years, more bikers have used e-bikes, riding more frequently and for longer periods of time than with a traditional bike for commuting, sports, and lifestyle.

Whatever you use it for, the e-bikes of the future will be smarter and far more controllable.